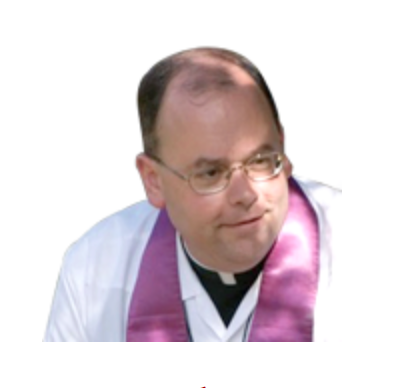 Father Paul Moreau was born the youngest of 11 children to Mary and Joseph Moreau in Victoria BC, Canada. After graduation from Thomas Aquinas College in Santa Paula, California (BA) he returned to the College to serve as Assistant Director of Admissions and co-leader of the freshman and sophomore seminars. Father Moreau was ordained in 2002 following philosophy and theology studies at the Pontifical University Regina Apostolorum in Rome, and apostolic internships as assistant of novices and vice rector of the Cheshire seminary of the Legionaries of Christ. After ordination, Father Moreau served as chaplain of both Woodmont Academy and Holy Spirit Preparatory School. In June of 2011, Father Moreau began serving as a priest of the Archdiocese of Atlanta at St. Michael the Archangel in Woodstock, followed by St. Joseph's Parish in Dalton. He now serves as parochial vicar at St. Joseph's Parish in Athens, Georgia. Father Moreau is a 4th degree Knight of Columbus and State Chaplain for the Georgia Chapter of the Knights on Bikes.